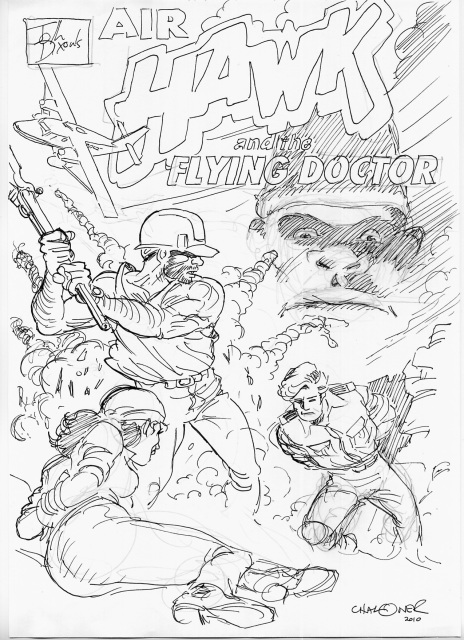 In preparation NOW! The Third Volume of this Award-Winning* Australian adventure strip. PRE-ORDERS are being taken NOW! The Cover is by Gary Chaloner! The Stories have been selected! (See the Air Hawk Facebook Page for all the details)! The excitement is rising!

This price is lower than the proposed price of the book. If the price should drop between now and the end of production (and I really don't think it will), you will be offered a refund to reflect the difference...as Thanks for your support of this Iconic Australian Comic Masterpiece!

Buy Now
Please note: Any Overseas pre-orders received AFTER January 1st 2016, will have to have postage added to the cost of this volume,
Google Analytics UA-139927741-1